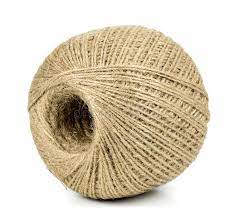 This week, I have been reading...

Word of the week: Bazalgette (now I realise how you pronounce it).

The theme of this set of reading is children’s engagement with digital media outside of the classroom. Bazalgette challenges the assumptions about how toddlers watch and understand films through informal viewing; Parry and others consider the creation of text-based video games by young people outside of a formal educational setting.

One key idea that links these articles relates to the positionality of the learner in relation to traditional ‘authority’ in education. Bazalgette challenges the argument put forward by Alain Bergala that a meaningful connection between viewer and film can only be achieved in a classroom under the guidance of an expert. Not so, argues Bazalgette. Even the youngest viewers (e.g., two year olds) can make meaning from the experience of watching a film by drawing on their prior understandings of the world, their prior ‘textual experience’ (e.g., stories they have told or heard using different media) and knowledge of stories and, importantly, the social experience of viewing a film with others. Watching together and informally with family gives children cues for how they might respond to certain events (such as laughter, surprise etc) as well as what you might call ‘film talk’ – expressing preferences, what they predict might happen next, connections with other films. This is quite different to Bergala’s more elitist interpretation of understanding film. Bazalgette also points to psychological interpretations of learning to suggest that some of children’s responses to events in films might be triggered by embodied cognition – evolved perceptive responses that help make causal connections and help interpret emotions.

Parry and others also pick up on the idea that learning is effective when it disrupts traditional pedagogies and the related power imbalance between teacher and learner. This paper reflects on a project where teenage and adult participants created text-based stories using Twine. This platform is quite easy to use meaning that it requires little instruction. Importantly, creating many pathways through a story requires, like Bazalgette’s toddlers, for authors to draw on their pre-existing knowledge of stories to create interesting and surprising plots. This way of working is likely very different from the way participants might have experienced this in school. In addition to the role of ‘writer’, it also invites users to adopt the role of reader predicting and subverting the imagined responses a reader might have. This digital tool, Parry argues, offers a disruptive approach to text creation placing power in the hands of the authors, inviting collaboration and using a platform that rewards experimentation and risk. The sense of space is also significant to this article. The use (and repurposing) of a library rather than a classroom is presented as further evidence of disruptive pedagogy. The conceptual idea of a third space encourages participants to step outside of traditional places of learning and bridge experiences from home and educational settings.

Both of these articles are giving me better sense of the importance of learning other contexts other than school. As a former teacher, it gives me pause for thought on how I valued home/alternative learning experiences and how much space I made for them in my classroom. Not enough if I am honest.
James Gee also presents video games as a disruptive approach to traditional ideas about learning. In particular, Gee suggests the best games offer ‘constrained problem solving’: low-stakes, high-interest learning experiences that encourage collaboration, autonomy and persistence (e.g., Twine as discussed by Parry et al). In this article he considers how the interactive design of video games develop a user’s ‘appreciation system’ – our judgement on whether events in the games (or life) are good/bad/neutral for our intended goals. Although I don’t feel he makes a strong case for how this relates to a sense of artistic or aesthetic appreciation, his suggestion that games develop a conversation between player and designer (even when the game has no narrative) is an interesting one. This idea of a writer-reader-player-designer identity is a fascinating one and something that I think is highly relevant to my plans for the PhD.

Also, I need to spend more time playing with Twine.