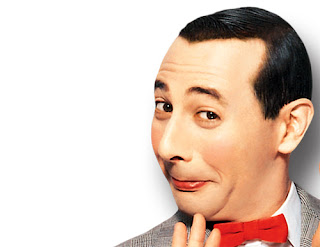 A bit of a backlog of reading to summarise, but here I will look at the following.....

From Superman to singing the blues: on the trail of child writing and popular culture by Anne Haas Dyson (2018)

This isn’t my real writing: the fate of children’s agency in a too-tight curriculum by Anne Haas Dyson (2020)

Word of the week: agentive

One of the aspects of writing I am most interested in is composition. When I was a primary school teacher, I didn’t fully appreciate the difference between writing a story, say, and composing a text.  The latter being much more closely aligned with children’s identities than acquiring the technical skills of writing. Part of my thinking work on my PhD is about unpicking this concept in both digital and material contexts and, in doing so, considering the relationship between composing and children’s creative identities. The theme in these readings, especially those by Anne Haas Dyson, relate to popular culture and how children’s agentive composition (e.g., writing, talk, play) can be an opportunity to foreground their interests, talents and private thoughts. Also considered is the relationship between agentive composition and the expectations and demands of formal education.

What was most interesting about From Superman to singing the blues is how Anne Haas Dyson (hereafter, AHD) revisits her doctoral research conducted forty years ago about literacy in American schools. As well as her insightful discussion about identity and agency, AHD reflects honestly on her approach to field research marking a great shift in socio-cultural research since the 1980s. As she says, who the children are was a fundamental aspect of her research even if she didn’t fully appreciate it at the time. Four decades ago, it was not common for children’s personal interests and characteristics were not seen as being as particularly important. It was refreshing to read such honesty in an academic paper and something I can certainly aspire to follow.

In the article, AHD suggests that popular culture is a ‘toy box’ of ideas for children’s writing. Dyson considers the interconnectedness between the themes, plots, characters and settings gleaned from television, toys, pop music and film and children’s compositional practices (2018, p44). As they play and write, she observes children rewriting pop-culture to their own liking.  For example, Tina reimagines superhero adventures as a space from non-white, female characters – something that drew considerable ire from the boys in her class who felt that this was too far removed from the stories they knew to be comfortable (p40-41). By recontextualising stories – e.g., changing the racial features of the superhero to make them more recognisable - AHD suggests the children are trying to make sense of their place in the world and exert control over it. In doing so, they borrow a Frierean theme: rewriting the word to rewrite the world.

Dyson argues convincingly that while children are comfortable recontextualising and reshaping norms of storytelling, the challenge lies in finding a space in school-based learning for children to do so. In such a highly structured system, how can teachers take on board children’s interests without ignoring or diminishing them as less serious endeavours? I recognise this challenge from my experience as a primary school teacher. It is hard not to feel that this is as true now as it was then and perhaps more so.

In This isn’t my real writing (2020), AHD digs deeper into this idea. She draws on practice theory (and the work of Sherry Ortner) which considers the relationship between an individual and the institutions they work in and are constrained by; what Ortner calls ‘embedded agency’.

The agency of children, AHD argues, is tied to the agency of teachers: children can only take advantage of freedom if the teacher is permitted (or is trained to know how) to offer it. Yet, this has significant implications, AHD suggests, for how children develop and learn to see themselves as creative agents. If by agency in writing, we mean the freedom to act out intentions on the world (as children would do through play) then children need to have more say in how, what and who they write for: this is what AHD refers to as ‘real writing’. Not doing so, AHD argues, means that agentive work where children recontextualise pop-culture influences is seen as something only appropriate for outside of the classroom, for example, playing at home. Pushing this aside, or squeezing this out of the curriculum may, as AHD argues, be damaging for how children interact with school learning.

While AHD’s work draws on fairly conventional elements of children’s play and culture, there is certainly less said about digital play which now forms such a large aspect of children’s participation in cultural life. This is something my PhD research aims to explore.

Drawing on anecdotal evidence only, it seems that in some cases, the events of 2020-21 have seen a flourishing of children’s online play, perhaps as a substitute for physical social interactions. While children have certainly had less contact with formal learning, many may have found more freedom to ‘play’ with texts and storytelling, relatively free from the influence of their teachers. This in itself is highly interesting – I can only wonder what my ten year old self would have done during the pandemic.

AHD’s work led me to discover Henry Jenkin’s highly entertaining chapter Going Bonkers! (1988) which looks at children’s play in relation to TV programmes. In this case, he observes a small group of children’s play while ‘watching’ Pee-wee’s Playhouse at a party in their New York apartment. Jenkins notes that while the programme was disregarded by many at the time for its perceived lack of “nutritional value”, he argues that its chaotic nature presented child viewers with a direct challenge to culture that their parents would approve of. One only has to think of adult attitudes to some videogames or platforms (e.g., Tick Tock) for a contemporary equivalent. While the children’s play was not obviously productive – the children Jenkins observes barely watch the show while it’s on at the party – this case study does provide evidence of the ease with which children adapt and synthesise cultural influences into their creative work. An opportunity to resist socially sanctioned culture is perhaps an added bonus and something I would like to consider in my research with learners. My position as an adult authority figure (aka a spoilsport) might be an impediment.

Jenkins’ chapter is food for thought and a good excuse to watch Peewee Herman in action if it’s new to you. Take two paracetamol and strap in.